Please be aware the Linux versions of our plug-ins are still considered beta. While the plug-ins are stable, we are not able to provide the same level of support for these products as we do for the macOS and Windows versions. Support is provided via the Linux and u-he communities on our forum.

A collection of nine sophisticated studio effects. Sleek, intuitive and powerful. Each effect comes as a separate plug-in, so you only load what you need when you need it. Create crazy effects chains or add a delicate final touch to your projects. Uhbik supports common surround formats. From subtle to spectacular, Uhbik is ready.

Listen to more examples below for individual Uhbik demos.

Uhbik is a diverse set of audio processing tools, with familiar controls plus some unusual options for more creative possibilities. They all share a common philosophy: high quality sound and ease of use.

The Uhbiks share certain features, most notably surround sound: All of them can handle up to 8 audio channels including popular formats such as quadrophony, 5.1 and 7.1. No special version required, no confusing extra controls. Everything is right there and ready to go.

Good reverb is seldom conspicuous, but when it is not there you notice something is missing.

Uhbik-A combines plate reverb and early reflections, with full control over each part to build the style of reverb you need. Sometimes you want a subtle touch of ambience, other times you want to float in space.

Add subtle space and texture or blend sounds together into warm clouds. Uhbik-A is a master of understatement. 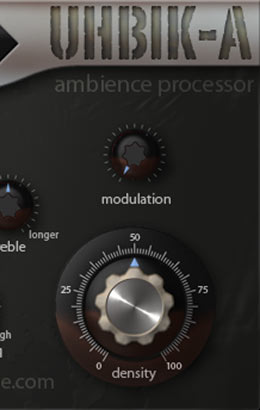 Borrowing from the world of analogue tape echo, Uhbik-D has five taps (playback heads), time (tape speed), and feedback. Two filters and modulation controls add subtle to dramatic colour and motion to your delays, similar to those older tape machines.

Freed from the limitations of the real world, however, Uhbik-D can perform other tricks: Adjust each tap for extremely short delay times, feedback patterns, or create surround sound delays.

Uhbik-D is a big playground for creative delays packed into an easy interface. (If you want even more delay power, check out our more-feedback-machine MFM2) 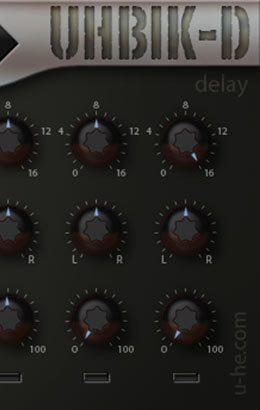 The flanging effect comes in two traditional flavours: the twin tape machine method and the bucket brigade stomp box type. With Uhbik-F you get both—even at the same time if you want.

In through-zero mode (tape machine method), the audio is duplicated and the playback speed of one signal is slowed or sped up to create a dramatic “whooshing” effect. The LFO and the built-in delay determine the intensity and character of the flanging effect. The guitar pedal type delivers more subtle, chorus-like sounds by feeding back very short delays and modulating their delay times. In Uhbik-F you can choose either type or a mixture of the two.

Uhbik-F comes with a few extras to enhance your final effect: Drive, a highpass filter to manage bass frequencies, and a feedback control (positive or negative) for intensifying the resonance in one of two different flavours. 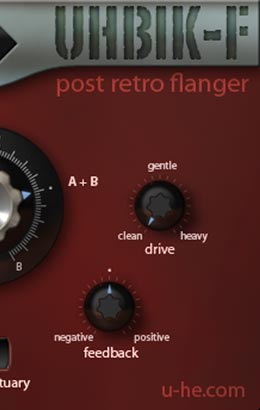 By manipulating grains, Uhbik-G is capable of producing a wide range of effects from simple doubling to dramatic alien soundscapes. Transpose the pitch of each grain in semitones or scale the grain playback speed—which can be negative for unusual reverse effects. Surround sound capability lets you send differently scaled grains to each available channel.

Uhbik-G has a second mode capable of a very different effect: phase vocoding. The phase vocoder mode uses time-stretching / compressing for pitch shifting. Try it on your vocals for curious results. 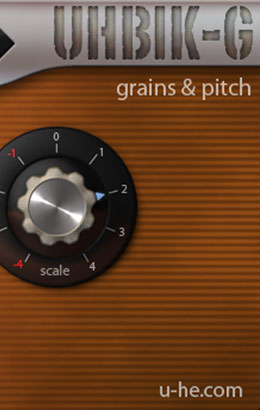 Another studio staple, phasers adds movement and colour. With 42 allpass filters, Uhbik-P delivers some of the deepest, warmest phasing available. But a little nudge turns it into a metal monster.

Uhbik-P is capable of many distinct sonic flavours by adjusting the filter frequency and feedback. Frequency adjustments move the filter ’comb‘ (peaks and troughs) around the spectrum, and feedback (positive or negative) widens the distance between peaks. You can control these manually, use automation or let the built-in LFO handle it.

With its built-in LFO and the other options common to all Uhbiks, Uhbik-P is a dramatic modulation device in a simple, sleek UI. Angelic shimmers and metallic textures await. 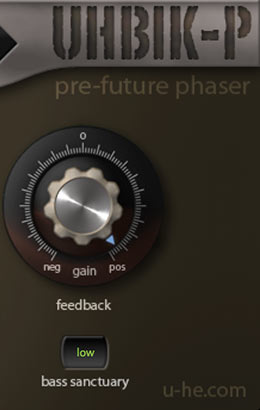 From simple bass and treble knobs to massive 31 band graphic EQs, equalization is an essential part the recording process. Much can be (and has been) said about which features and qualities make the best EQs.

Uhbik-Q has two semi-parametric bands with switchable shelf and bell curves; adjust the frequency and the Q-factor is automatically adjusted for you. There are two additional filters for high and low cuts, and a dedicated low-shelf filter for handling bass frequencies.

Uhbik-Q does all an EQ should without affecting your workflow. Chock full of creative options, but uncluttered and simple to use. 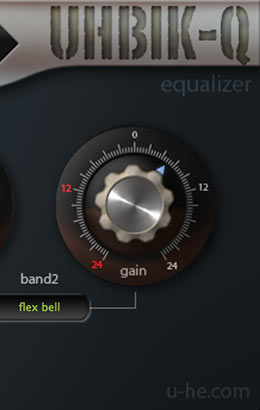 Filters are popular sound-shaping tools—cutting and boosting frequencies, adding resonance. Perfect for performing dramatic sweeps, as we all know.

But Runciter is more than a high quality state-variable filter. It also contains some serious distortion circuitry.

Modulate the cutoff frequency manually, with the built-in envelope or via MIDI (breath, velocity, modwheel etc.). Attach a MIDI foot pedal and make your own wah/fuzz box.

The distortion options are capable of anything from mild grit to total sonic destruction. Dial in a little Fuzz, adjust the tone and you have some delicious tube distortion textures. Crank the Drive to push the distortion circuits even harder. Have fun… but watch your speakers. 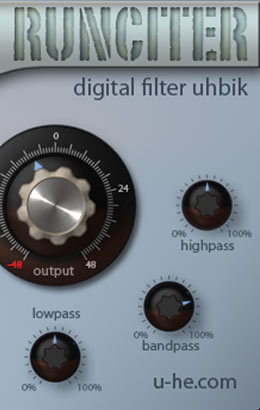 Uhbik-S is a frequency shifter. There are similarities to chorus and phasing, but the movement in Uhbik-S is continuous, not back and forth via LFO.

The frequency range and shift is where you control that movement. Shift adjusts the amount of frequency shift (up and down) from the value set by the range option. Dial in some frequency offset to create psychedelic spatial effects. 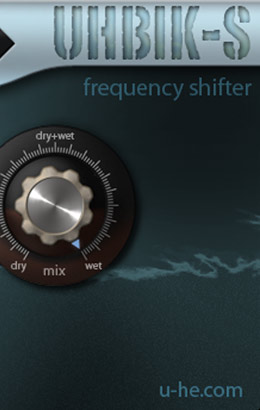 You can play with the regular LFO settings for some interesting synchronized effects, but to push Uhbik-T even further we added user-definable patterns with up to 16 steps. These replace the LFO and open up many more possibilities, turning the definition of a tremolo effect on its head. 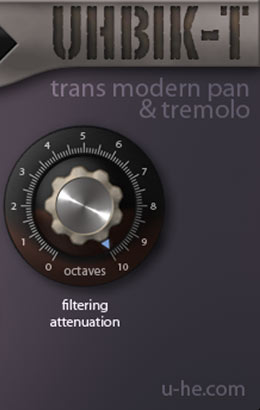 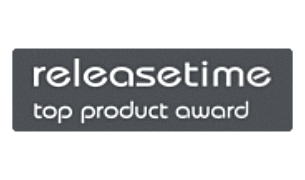 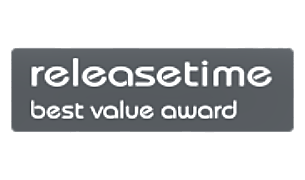 “…[Uhbik] could easily become the core of your effects palette…” 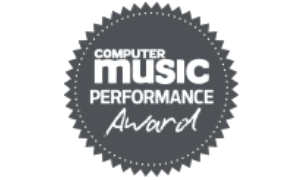 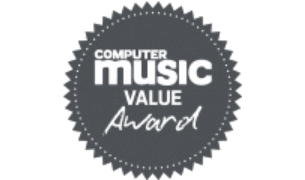 Download the demo and enter your serial number to unlock the full version. The demo version emits crackling sound at irregular intervals.

* About Linux: Before purchasing, please be aware the Linux versions of our plug-ins are still considered beta. While the plug-ins are stable, we are not able to provide the same level of support for these products as we do for the macOS and Windows versions. Support is provided via the Linux and u-he communities on our forum

Uhbik is not a standalone product, it requires host software. Uhbik is compatible with nearly all DAWs.

Try the latest builds of Uhbik, which include improvements and bug fixes. Note: these are stable, but still beta versions.

Older Uhbik installers are in our release archive (for legacy systems).